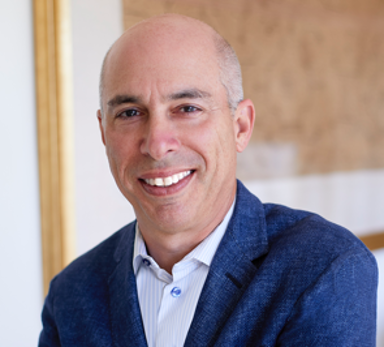 Bob Feldman is the founder of The Dialogue Project and vice chair of ICF Next, a global consulting firm and the project’s lead corporate sponsor.

Bob announced the launch of The Dialogue Project in September 2019 during a speech at the Arthur W. Page Society’s annual conference.  The society, which represents the world’s leading corporate communications executives, honored Bob with their Distinguished Service Award, annually presented to a leader who has made a substantial and meaningful contribution to the communications profession.

In accepting the award, Bob delivered a speech on the state of civil discourse and polarization in our society and challenged the room full of corporate communications executives that business must play a bigger role in helping to solve this problem.  To that end, he initiated The Dialogue Project to reach out to leading business executives with the goal of returning to the conference one year later with the insights and ideas that would both educate and inspire business leaders to do more.

In addition to leading The Dialogue Project as well as his client responsibilities at ICF Next, Bob contributes time to several institutions: the USC Shoah Foundation, dedicated to making audio-visual interviews with survivors of the Holocaust and other genocides a compelling voice for education and action; Global Health Corps, a leadership development organization focused on worldwide health equity; and Seeds of Peace, an organization that inspires and cultivates a generation of leaders in communities divided by conflict, notably the Middle East.  Bob also serves on the Board of Advisors at The Center for Public Relations at University of Southern California’s Annenberg School.

Prior to ICF Next, Bob was with DreamWorks Animation SKG as the company’s first head of corporate communications and corporate marketing. Before that, Bob lived in New York and was for eight years president and chief executive of WPP’s GCI Group. And before that he held senior positions with Ketchum and Burson-Marsteller, two other well-respected communications firms.